Publish Date : Monday 3 February 2020 - 15:33
IBNA- The book ‘Iran's Intellectual Revolution’ by Iranian scholar of international ‎relations Mehran Kamrava which traces the roots of the decisive event in Iranian ‎contemporary history has been published in Persian. ‎ 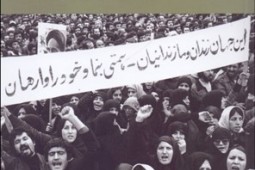 According to IBNA correspondent, in this work which has been translated into Persian by Mostafa Mehra’een, the author has tried to combine various key theories of sociology of religion to prove that considering the reasons behind a revolution demands a multidisciplinary approach to the subject.

‘Iran's Intellectual Revolution’ argues that the focus on Iran’s volatile internal politics and its foreign relations has, according to Kamrava, distracted attention from more subtle transformations which have been taking place there in the intervening years.

After a post-revolution period, a more relaxed political environment opened up in Iran, which encouraged intellectual and political debate between learned elites and religious reformers. What emerged from these interactions were three competing ideologies which Kamrava categorises as conservative (Principalist in Iran), reformist and secular.

As the book aptly demonstrates, these developments, which amount to an intellectual revolution, will have profound and far-reaching consequences for the future of the Islamic republic, its people and very probably for countries beyond its borders. This thought-provoking account of the Iranian intellectual and cultural scene will confound stereotypical views of Iran and its clerics.

Mehran Kamrava is the Director of the Center for International and Regional Studies at Georgetown University School of Foreign Service in Qatar. His recent publications include ‘The Modern Middle East: A Political History since the First World War’ (2005) and ‘The New Voices of Islam: Rethinking Politics and Modernity’ (ed., 2006).

‘Iran's Intellectual Revolution’ in Persian has been released by Kargadan Publishing in 296 pages and 700 copies.