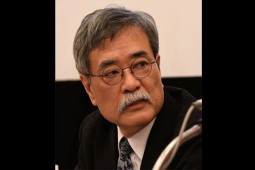 According to IBNA correspondent, in a message sent to Iran's Cultural Attaché to Japan, Suzuki extended his sympathy to the Iranian nation and described his views.

"As a Japanese citizen I refer to the significant role played by General Suleimani in providing security in the Middle East region and express my sadness over his loss," he said.

“I hope we would be able to witness peace and stability in the Middle East region in future,” the expert added in his message.

Suzuki was a visiting Fellow at Cultural Studies and Research Institute, Tehran in 1999 to 2001. He has authored several articles on the issues of Iran including: “The Shaping of Rusta-shahrs and the Emergence of Self-Governance in the Post-Revolutionary Rural Societies of Iran”.

“Development of Parliamentalism in the Modern Islamic World” (Toyo Bunko, 2009); “Structural Changes and Formation of Rusta-shahr in Post-Revolutionary Rural Society in Iran” (IDE-JETRO, Discussion Paper No.19, December 2004) and "Inauguration of Trump Administration and the Future of US-Iranian Relations," Middle East Review, March 2017 are among his other articles on the subject of Iran.