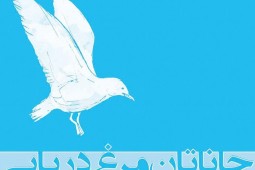 According to IBNA correspondent, the episodes will be broadcast under the title “A Bird Called Azarbad’ to be recited by veteran Iranian dubbing artist Behrouz Razavi for the audience in the program “Book of the Night”.

Seized by a passion for flight, he pushes himself and learns everything he can about flying. His increasing unwillingness to conform finally results in his expulsion from the flock. Now an outcast, he continues to learn, becoming increasingly pleased with his abilities while leading a peaceful and happy life.

‘Jonathan Livingston Seagull' was first published in book form in 1970, and by the end of 1972 over a million copies were in print.

Chief Editor of the program “Book of the Night” Mohammad-Bagher Rezaei says that there are 17 translations of this work in Persian but a translation by Soudabeh Partovi has been mainly adapted for the radio program.