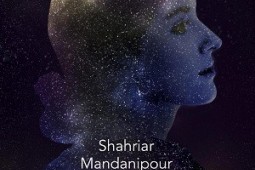 According to IBNA correspondent, ‘Moon Brow’ (Font de lune) which has been translated into French by Jean Michelle Sarraute is centered on a casualty of Iran-Iraq war (the Sacred Defense), Amir Yamini, the protagonist and narrator of the novel who has lost his left hand and a major portion of his memory. After the war, suffering from psychological disorders and memory lapse, Amir tries to retrieve his past.

The novel is a non-linear narrative of looking back at history from the mindset of Amir who strives to realize his past and present through his memory, photographs, scattered dialogues with others.

‘Moon Brow’ which was translated into English by Sara Khalili was been listed ‎in 2019 PEN America Literary Awards.
‎
The acclaimed writer Mandanipour traveled to the United States in 2006 as an International Writers Project Fellow at Brown University.

In his stories, Mandanipour creates his own unique surreal world in which illusion seems as real as terrifying reality.
The nightmares and realisms of his stories are rooted in the historical horrors and sufferings of the people of Iran. In 2007 and 2008 he was a writer in residence at Harvard University and in 2009 at Boston College.

Among his other works are: ‘Censoring an Iranian Love Story’ which has published in 15 languages 'Midday Moon', 'Ultramarine Blue' and ‘The Courage of Love’.