Publish Date : Monday 4 November 2019 - 16:53
IBNA- The 1901 autobiographical book by black American author Booker T. Washington ‎on rising up from the position of a slave child has been translated into Persian and ‎published in the city of Qom. ‎ 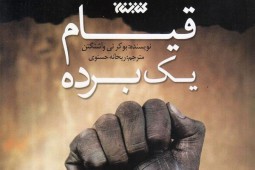 ‘Up From Slavery’ is an autobiography of Booker T. Washington's life and work, which has been the source of inspiration for all Americans. Washington reveals his inner most thoughts as he transitions from ex-slave to teacher and founder of one of the most important schools for African Americans in the south, The Tuskegee Industrial Institute.

Booker T. Washington was an American educator, author, orator, and advisor to presidents of the United States. Between 1890 and 1915, Washington was the dominant leader in the African-American community.

As the most recognized national leader, orator and educator, he emerged from slavery in the deep south, to work for the betterment of African Americans in the post Reconstruction period.

Washington was from the last generation of black American leaders born into slavery and became the leading voice of the former slaves and their descendants.