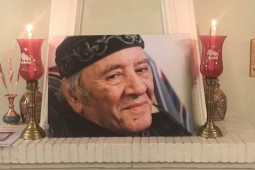 According to IBNA correspondent, Mossafa died due to natural causes. Among his significant achievements was the recension of classical Persian literature works. He was a poet mostly Known for his Persian odes (Qasideh) which was widely developed after the 10th century.

Mossafa is seen as one of the most notable composers of Qasideh in contemporary Persian literature. He authored his PhD thesis on the evolution of Persian Qasideh. His key works include: ‘Guardians of Speech’, ‘Ten Cries’, ‘Thirty Speeches’ and ‘Storm of Rage’.

He was the full professor of the University of Tehran and several other universities in the cities of Shiraz and Qom.

Mossafa was laid to rest in his hometown of Tafresh based on his will.