'Looking for Alibrandi' at Iranian bookstores

Publish Date : Sunday 20 October 2019 - 14:17
IBNA- The debut novel of Australian author and teacher Melina Marchetta, 'Looking for Alibrandi' has been translated into Persian and is available at Iranian bookstores. 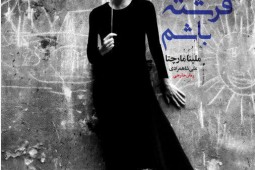 According to IBNA correspondent, 'Looking for Alibrandi' which is centered on the quest of a young teenage girl for her past, identity and hope has been translated into Persian by Ali Shahmoradi and released by Khazeh Publishing in 272 pages.
The novel translated to Persian as 'I Wanted to be an Angel', follows its protagonist, Josie Alibrandi, the Australian Italian daughter of Italian immigrant parents. Josie lives in Sydney and attends a Catholic high school–where she is disillusioned with the cliques and social politics of her snobby peers.
Her usually sophisticated, sassy demeanour is challenged when she is overcome with the pressures of her senior year of high school: the suicide of a male friend, and meeting her estranged father who is in Sydney on a business trip.

She confides in a young man with a bad reputation, who slowly turns into a romantic interest for Josie. This relationship, mirrored by the tumultuous relationship with her father, forms the center complications of the novel as Josie tries to navigate through the complexities and hurdles she faces as a young adult.

Marchetta also wrote a screenplay for a film adaptation based on 'Looking for Alibrandi' which was directed by Kate Woods in 2000.