‎‘The Woman in the Mirror’ available in Persian

Publish Date : Monday 30 September 2019 - 18:31
IBNA- The Gothic novel ‘The Woman in the Mirror’ by Australian writer Rebecca James ‎has been translated Into Persian and published. ‎ 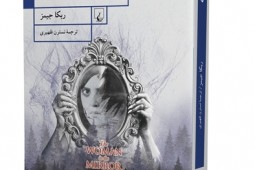 According to IBNA correspondent, the novel by Rebecca James translated by Nastaran Zahiri and released by Qoqnous Publishing in 456 pages unveils a chilling modern gothic novel of a family consumed by the shadows and secrets of its past.

Synopsis of ‘The Woman in the Mirror’ reads: “For more than two centuries, Winterbourne Hall has stood atop a bluff overseeing the English countryside of Cornwall and the sea beyond.
In 1947, Londoner Alice Miller accepts a post as governess at Winterbourne, looking after Captain Jonathan de Grey’s twin children. Falling under the de Greys’ spell, Alice believes the family will heal her own past sorrows. But then the twins’ adoration becomes deceitful and taunting.

Their father, ever distant, turns spiteful and cruel. The manor itself seems to lash out. Alice finds her surroundings subtly altered, her air slightly chilled. Something malicious resents her presence, something clouding her senses and threatening her very sanity.

In present day New York, art gallery curator Rachel Wright has learned she is a descendant of the de Greys and heir to Winterbourne. Adopted as an infant, she never knew her birth parents or her lineage.

At long last, Rachel will find answers to questions about her identity that have haunted her entire life. But what she finds in Cornwall is a devastating tragic legacy that has afflicted generations of de Greys. A legacy borne from greed and deceit, twisted by madness, and suffused with unrequited love and unequivocal rage.”