Josef Winkler's ‘When the Time Comes’ rendered into Persian ‎ 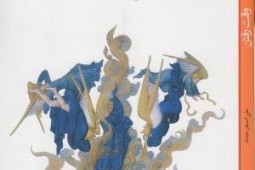 According to IBNA correspondent, Josef Winkler’s novel which uses pseudo-prayer texts to show the paradoxes of today’s reality has been released by Mahi Publishing in Tehran in 160 pages.

In the years before the Second World War, a man throws a statue of the crucified Christ over a waterfall. Later, in Hitler's trenches, he loses his arms to an enemy grenade. The blasphemer, screaming in agony, presided over by Satan, who pours a cup of gall into his open mouth, is portrayed amid the flames of Hell in a painting by the parish priest that is mounted on a calvary where the two streets in the cross-shaped village meet.

Thus begins ‘When the Time Comes’, Josef Winkler's chronicle of life in rural Austria written in the form of a necrology, tracing the benighted destiny of a community through its suicides and the tragic deaths that befall it, punctuated by the invocation of the bone-cooker whose viscous brew is painted on the faces of the work horses and the haunting stanzas of Baudelaire's "Litanies of Satan."

In a hypnotic, incantatory prose reminiscent at times of Homer, at times of the Catholic liturgy, at times of the naming of the generations in the book of Genesis, ‘When the Time Comes’ is a ruthless dissection of the pastoral novel, laying bare the corruption that lies in its heart.