Tehran Radio to recite, 'The People of the Abyss'‎

Publish Date : Saturday 28 September 2019 - 15:48
IBNA- The Persian translation of Jack London's book 'The People of the Abyss' about the ‎deprived people of London in early 20th century has been arranged to be recited on ‎Tehran Radio.‎ 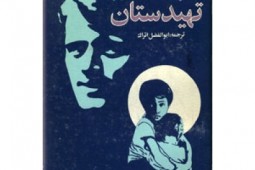 According to IBNA correspondent, the book will be recited at the program, “Book of the Night” which will be aired in six 20-minutes episodes from tonight to Thursday night. Veteran Iranian dubbing artist Behrouz Razavi will read the book for the audience.

Jack London wrote this first-hand account after living in the East End of London for several weeks, sometimes staying in workhouses or sleeping on the streets. In his attempt to understand the working-class of this deprived area of London the author stayed as a lodger with a poor family. The conditions he experienced and wrote about were the same as those endured by an estimated 500,000 of the contemporary London poor.

'The People of the Abyss' has been translated into Persian by Abolfazl Atrak and released by Talash Publishing in the northwestern Iranian city of Tabriz.