Publish Date : Friday 27 September 2019 - 17:31
IBNA- The novella, ‘The Legend of the Holy Drinker’ (1939) by Austrian writer and ‎journalist Joseph Roth has been translated into Persian and introduced to Iranian ‎readership.‎ 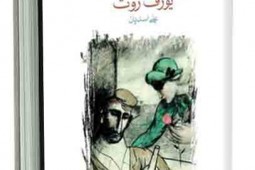 According to IBNA correspondent, ‘The Legend of the Holy Drinker’ which chronicles the attempts made by an alcoholic vagrant to regain his dignity and honor a debt has been translated into Persian by Ali Asadian and printed by Mahi Publishing in 189 pages.

This book, one of the most haunting things that Joseph Roth ever composed, was published in 1939, the same year the author died. Like Andreas, the hero of the story, Roth drank himself to death in Paris, but this is not an autobiographical confession.

It is a secular miracle-tale, in which the vagrant Andreas, after living under bridges, has a series of lucky breaks that lift him briefly onto a different plane of existence. The novella is extraordinarily compressed, dry-eyed and witty, despite its melancholic subject-matter.
In 1988 a film adaptation with the book's title by Ermanno Olmi premiered at the Venice Film Festival, where it went on to win the top prize, the Golden Lion for best film.

Roth is best known for his family saga Radetzky March (1932), about the decline and fall of the Austro-Hungarian Empire.