Publish Date : Wednesday 25 September 2019 - 13:11
IBNA- The book, 'Images: My Life in Film', by the legendary Swedish filmmaker Ingmar ‎Bergman on his work has been translated into Persian by Goli Emami and released. ‎ 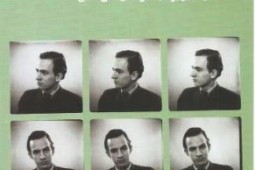 According to IBNA correspondent, the life and career of Ingmar Bergman has been the subject of many books in different languages that many of them have been translated into Persian but in 'Images: My Life in Film' rendered by noted translator Goli Emami, Bergman himself reflects on his own prolific and brilliant career.

Ingmar Bergman’s career as a movie director, screenwriter, and producer spanned more than forty years, during which he made such masterpieces as ‘The Seventh Seal’, ‘Wild Strawberries’, ‘Smiles of a Summer Night’, ‘Persona’, ‘Hour of the Wolf’, ‘Shame’, ‘Cries and Whispers’, and ‘Fanny and Alexander’.

After his retirement from film-making following ‘Fanny and Alexander’, he went on to write his autobiography, ‘The Magic Lantern’, which became a best-seller worldwide and was hailed as "surely one of the finest self-portraits of an artist in our time" (Time). Now, in Images, Ingmar Bergman turns the magic lantern of memory from himself to his films.

To write this book, Bergman rescreened all of his films, many of which he had not seen since their release. His friend, the movie critic and publisher Lasse Bergstrom, also viewed and discussed them, helping to jog his memory and to expose his psychological blind spots about his work.

Bergman relied, too, on annotated scripts, newspapers, and the recollections of others, but especially on his own workbooks and diaries, from which he is here publishing extracts for the first time.

Images is the creator's effort to "account for the sources" of his creation. It is at once a penetrating, unsentimental portrait of artistry and a fascinating self-portrait, a critical testament and a memoir.

Because Bergman's life and films are so intimately intertwined, ‘Images’ adds much to our knowledge of the man while offering countless insights into and a new understanding of the work. Bergman takes us into the backstage world of memories and "the blurred X rays of the soul."

He recounts the making of the films and explores the themes that bind them together, the preoccupations, the anguish, the conflicts. He comments brilliantly and unsparingly on his successes as well as his perceived failures.

He recalls the lessons he learned from his colleagues and pays them homage; and he tells of both the happy times when production took place without a hitch, as with ‘The Magic Flute’, and the catastrophes.

A complete filmography appears at the end of this volume.

'Images: My Life in Film' in Persian has been released by Chesmeh Publishing in 211 pages and 1100 copies.