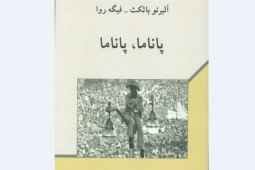 According to IBNA correspondent, the novel which has been translated into Persian by Ghasem San'avi and released by Doustan Publishing is not of course about the country of Panama but the escapades of a young rich man as well as a hostage-taking plan implemented out of good intentions.

Vázquez-Figueroa and his family fled from the Canary Islands to Africa during the Spanish Civil War. Since his youth, he visited the Sahara and described the culture of the desert region. He attended the studios of the Escuela Oficial de Periodismo de Madrid in a part of 1962 and worked in the Destino specials.

He was a war correspondent in La Vanguardia, for TVE (Televisión Española) and for the program A toda plana with de la Cuadra Salcedo and Silva. As a correspondent, he documented revolutionary wars in countries such as Bolivia, the Dominican Republic, and Guatemala.

He later wrote his first novel, Arena ‘y viento’ (Sand and Wind), and in 1975, he published as many as 14 to 15 novellas such as ‘Ébano’. His other works include ‘Tuareg’, ‘Ébano’, and ‘El perro’. He has also published an autobiography called ‘Anaconda’.

‘Panama, Panama’ in Persian has been published in 296 pages and 550 copies.