‎‘The House on the Dune’ appears in bookstores 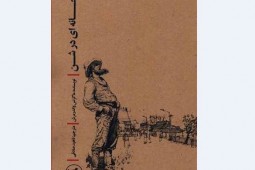 According to IBNA correspondent, ‘The House on the Dune’ (French: La maison dans la dune) portrays the battle between smugglers and customs officials along the French-Belgian border has been translated by Nahid Sadeghi and released by Amir Kabir Publishing.

Van Der Meersch is known in Iran for the translation of his other novel ‘La fille pauvre Tome II: Le Cœur Pur’ (The Poor Girl Book II: Pure in Heart, 1949). A lawyer by training, he in fact practiced this profession very little, preferring to devote himself to writing. His work, replete with a spirit of realism, is essentially concerned with the life of the people of the Nord, his native region.

In 1936 he was awarded the Prix Goncourt for ‘L'Empreinte du dieu’ (Hath Not the Potter). In 1943 he published ‘Corps et âmes’ (Bodies and Souls), which was awarded the grand prix de l'Académie française for that year. The novel was an international success — it was translated into 13 languages.