‎‘How the Zebra Got Its Stripes’ offers fresh evolutionary explorations‎ 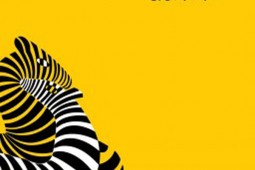 According to IBNA correspondent, the book with the complete title: ‘How the Zebra Got Its Stripes: Darwinian Stories Told Through Evolutionary Biology’ has been translated into Persian by Kaveh Faizollahi and released by No Publishing in Tehran.

The book explains the intricacies of the animal kingdom through the lens of evolutionary biology: Why do giraffes have such long necks? And why are zebras striped? Deploying the latest scientific research and his own extensive observations in Africa, Léo Grasset offers answers to these questions and many more in a book of post-Darwinian.

Complex natural phenomena are explained in simple and at times comic terms, as Grasset turns evolutionary biology to the burning questions of the animal kingdom, from why elephants prefer dictators and buffaloes democracies, to whether the lion really is king.

The human is, of course, just another animal, and the author's exploration of two million years of human evolution shows how it not only informs our current habits and behavior, but also reveals that we are hybrids of several different species.

‘How the Zebra Got Its Stripes: Darwinian Stories Told Through Evolutionary Biology’ in Persian has been published in 176 pages and 1100 copies.