‎‘From Eden To Exile’ retells the history of the Old Testament

Publish Date : Friday 6 September 2019 - 18:11
IBNA- The book, ‘From Eden to Exile: The Epic History of the People of the Bible’ by ‎British scholar David Rohl, a retell of the history of the Old Testament has been ‎translated into Persian and released.‎ 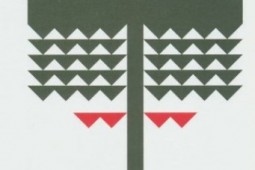 According to IBNA correspondent, the book has been translated by Asghar Rastegar and released by Cheshmeh Publishing. In ‘From Eden to Exile: The Epic History of the People of the Bible’ retells the history of the Old Testament, using the latest in archeological research and incorporating the revised "New Chronology" for the ancient world. The strength and brilliance of Rohl's narrative is his "New Chronology" for Egypt.

He writes that the traditional chronology yields no evidence of the Jews' sojourn in Egypt, or the Exodus, or the Conquest, or even of the flourishing of the nation of Israel under David and Solomon. Rohl, based on new archeological and textual evidence, revises the chronology.

He goes back and looks at the same places, but at different times, and finds countless confirmations of the details of the biblical account. His history of both Egypt and Israel is "satisfyingly supported by the stratigraphic record and colorfully enhanced by the contemporary texts of Israel's powerful neighbors. It provides a solid and ultimately believable historical foundation for the religious messages of the biblical text."

The book uses illustrations and maps derived from satellite photography as well as stunning photographs of ancient artifacts. Rohl has a knack for taking the details of archeology and explaining sophisticated concepts and analyses in ways that a layman can easily understand. The result is an engaging book that will change the way you think about the Bible.

David Michael Rohl (born 12 September 1950) is an Egyptologist and former director of the Institute for the Study of Interdisciplinary Sciences (ISIS) who from the 1980s has put forward several unconventional theories revising the chronology of Ancient Egypt and Israel to form an alternative new chronology.