First books by Bender, Michaelides in Persian to be unveiled 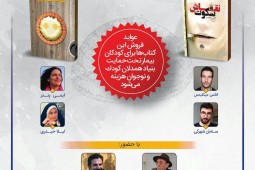 According to IBNA correspondent, the unveiling ceremony will be held by Foundation for Supporters of Children and Young Adults as a charity event whose revenues will go to the foundation to be spent on children’s welfare and education.

The ceremony will be attended by Iranian scholars Javad Mojabi and Kayhan Bahmani among others.

Aimee Bender (1969) is an American novelist and short story writer, known for her surreal plots and characters. In ‘The Particular Sadness of Lemon Cake’ she presents the moving story of a girl whose magical gift is really a devastating curse.

Bookshar Bookstore in Tehran will host the unveiling ceremony on Thursday at 4:30 p.m.