A new Persian translation of ‘The Blind Assassin’ released 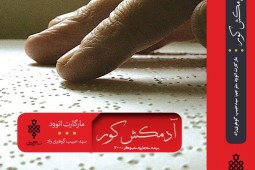 According to IBNA correspondent, the new translation of the novel has been carried out by Habib Gohari Raad and released by Jomhouri Publishing in Tehran. ‘The Blind Assassin’ unfolds layer by astonishing layer and concludes in a brilliant twist was awarded the Man Booker Prize in 2000 and the Hammett Prize in 2001.

‘The Blind Assassin’ opens with these simple, resonant words: "Ten days after the war ended, my sister drove a car off the bridge." They are spoken by Iris, whose terse account of her sister Laura's death in 1945 is followed by an inquest report proclaiming the death accidental.

But just as the reader expects to settle into Laura's story, Atwood introduces a novel-within-a-novel. Entitled ‘The Blind Assassin’, it is a science fiction story told by two unnamed lovers who meet in dingy backstreet rooms. When we return to Iris, it is through a 1947 newspaper article announcing the discovery of a sailboat carrying the dead body of her husband, a distinguished industrialist.”

As a novelist and poet, Atwood's works encompass a variety of themes including gender and identity, religion and myth, the power of language, climate change, and "power politics". Many of her poems are inspired by myths and fairy tales which interested her from a very early age.

The new Persian translation of ‘The Blind Assassin’ has been published in 656 pages.