Persian translation of ‘The Twelve Chairs’ due

Publish Date : Sunday 1 September 2019 - 16:25
IBNA- The classic satirical novel ‘The Twelve Chairs’ (1928) by Soviet authors Ilf and ‎Petrov’ which makes painstaking criticisms against the former system of Soviet Union ‎has been translated into Persian and will be published.‎ 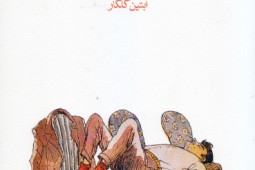 According to IBNA correspondent, the book has been translated from Russian into Persian by Abtin Golkar who says that Ilya Ilf and Yevgeni Petrov wrote ‘The Twelve Chairs’ together sentence by sentence. In the history of Soviets literature, they are regarded as a single author.

"‘The Twelve Chairs’ is in the fashion of adventure novels as the protagonist who looks for a treasure has to travel to defriend Russians cities of post-revolution Russia and confront different people. Therefore, the novel meticulously portrays various layers of Russian society of that time," he added.

The novel, though short, resonates with all the important events of the time. Numerous side characters, places and institutions are caught in a sharp light, sometimes of satire, sometimes of gentle irony: the operations of a Moscow newspaper, the 3% government bonds, New Economic Policy decadence and so on.

The novel has inspired at least twenty adaptations in Russia and abroad including a version titled ‘The Twelve Chairs’ (1970) by the celebrated American comedian and film director Mel Brooks. His film followed the novel more closely, but with a sanitized "happier" ending.
Persian translation of ‘The Twelve Chairs’ will be released by Mahi Publishing in Tehran.