Persian translations of ‘The Great Gatsby’ to be reviewed

Publish Date : Saturday 17 August 2019 - 16:28
IBNA- Two Persian translations of masterpiece novel ‘The Great Gatsby’ (1925) by Scott ‎Fitzgerald will be reviewed in a meeting at the Literati House of Iran’s Book House ‎Institute in Tehran today.‎ 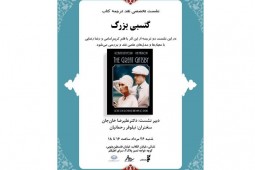 According to IBNA correspondent, did two Persian translations were respectively carried out by Karim Emami and Reza Rezaei will be discussed based on the principles of literary criticism and theories by two Iranian experts Ali-Reza Khanjan and Niloufar Rahmanian.

‘The Great Gatsby’ by F. Scott Fitzgerald that follows a cast of characters living in the fictional towns of West Egg and East Egg on prosperous Long Island in the summer of 1922.

The story primarily concerns the young and mysterious millionaire Jay Gatsby and his quixotic passion and obsession with the beautiful former debutante Daisy Buchanan.

Considered to be Fitzgerald's magnum opus, ‘The Great Gatsby’ explores themes of decadence, idealism, resistance to change, social upheaval and excess, creating a portrait of the Roaring Twenties that has been described as a cautionary tale regarding the American Dream.

The meeting for considering the translations is a slated for today at 4 to 6 p.m.