Eighth reprint of ‘The Tin Drum’ comes out

Publish Date : Wednesday 14 August 2019 - 14:49
IBNA- The masterpiece novel by Günter Grass, ‘The Tin Drum’ (1959) which was ‎translated into Persian by Soroush Habibi is reprinted for the eighth times.‎ 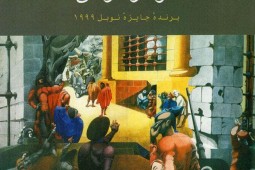 According to IBNA correspondent, the Günter Grass novel, a purported autobiography of a dwarf who lives through the birth and death of Nazi Germany has been released in Persian by Niloufar Publishing in 793 pages.

In ‘The Tin Drum’, the protagonist, Oskar Matzerath, narrates the novel from an asylum for the insane. He claims to have consciously stopped growing at the age of three in protest against adulthood; although intellectually normal, he has the stunted body of a dwarf.

Oskar’s voice is shrill enough to shatter glass, and his passion is banging on his tin drum, which has properties by which he draws forth memories from the past and complains about shortcomings in the present.

Detached from people and events, he comments on the horrors, injustices, and eccentricities he observes. Oskar lives through the bizarre death of his mother and the equally unusual deaths of both of his alleged fathers. Found guilty of a murder he did not commit, Oskar is incarcerated.

The picaresque novel which was published as ‘Die Blechtrommel’ in Germany was adapted into a 1979 film directed by Volker Schlöndorff, which won both the Palme d'Or, in the same year, and the Academy Award for Best Foreign Language Film the following year.