Publish Date : Thursday 15 August 2019 - 14:06
IBNA- ‘Correspondence 1944–1959’ by Albert Camus featuring his letters to Spanish ‎actress Maria Casarès which revealed the passionate side of the leading French writer ‎has been translated into Persian and released.‎ 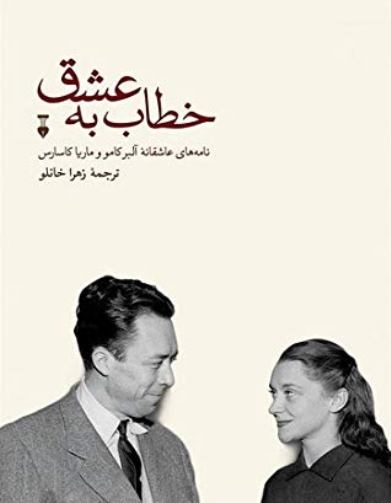 According to IBNA correspondent, ‘Correspondence 1944–1959’ (French: Correspondance 1944-1959) has been translated into Persian by Zahra Khanloo under the title ‘Addressed to Love’ and released by Nashr-e No in Tehran.

The Persian translator says on the book: “Burning desire and stripped passion is probably something which no one expects from Albert Camus. Even if his work contains such feelings, they are hardly traceable.”

The book which was published in 2017, containing the love letters of the Nobel awarded author Albert Camus and his lover's, actress Maria Casarès. Casarès handed her letters to Camus daughter, Cathrine Camus. The book was a best-seller in France. Camus humor is evident in the book, accompanied by his despair.

Casarès was a leading actress both on the French stage and in French movies. Her first film role was in Marcel Carné's ‘Les Enfants du paradis’ (1945), one of the great classics of French cinema. She also made ‘Les dames du Bois de Boulogne’ (1945) for Robert Bresson, For Jean Cocteau, she played Death in his ‘Orphée’ (1950). In 1989, she was nominated for the César Award for Best Supporting Actress in ‘La Lectrice’.