'Subculture: The Meaning of Style’ in Persian due

Publish Date : Tuesday 13 August 2019 - 18:19
IBNA- The key book, ‘Subculture: The Meaning of Style’ (1979) by British Scholar Dick ‎Hebdige will be published in Persian by the research Center for Culture, Art and ‎Communication in Tehran.‎ 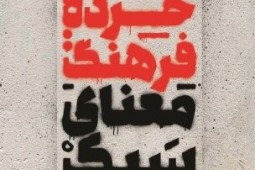 ‘Subculture: The Meaning of Style’ which has been translated into Persian by Mahdi Sabbaghi, is centered on Britain's postwar youth subculture styles as symbolic forms of resistance.

Drawing from Marxist theorists, literary critics, French structuralists, and American sociologists, Hebdige presents a model for analyzing youth subcultures. While arguing that each subculture undergoes the same trajectory, he outlines the individual style differences of specific subcultures, such as Teddy boys, mods, rockers, skinheads, and punks. Hebdige emphasizes the historical, class, race, and socioeconomic conditions that surrounded the formation of each subculture.

Hebdige studied under his primary influence, Stuart Hall at the Birmingham University's Centre for Contemporary Cultural Studies. Hebdige's model somewhat builds from Hall's understanding of subcultures, and his theory of Encoding/Decoding. Hall sees different subcultures as representative of the variety of ways one can handle the "raw material of social ... existence.

An expatriate British media theorist, sociologist, a Professor of Art and Media Studies at the University of California, Santa Barbara Hebdige’s work is commonly associated with the study of subcultures, and its resistance against the mainstream of society.