‎ ‘The Gathering’ by Anne Enright available in Iranian bookstores

Publish Date : Friday 2 August 2019 - 15:27
IBNA- The novel ‘Gathering’ by noted Irish writer Anne Enright focusing on its ‎narrator’s inner journey has been ‎translated into Persian and is available in Iranian ‎bookstores. ‎ 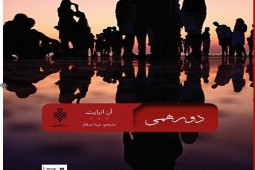 According to IBNA correspondent, the book which traces a mystery in a large Irish family has been translated into Persian by Mina Saffar and printed by Jomhouri publishing in Tehran. ‘Gathering’ is the fourth novel by Anne Enright and winner of the 2007 Booker Prize.

The novel is a portrait of a large Irish family and a shot of fresh blood into the Irish literary tradition, combining the lyricism of the old with the shock of the new. The nine surviving children of the Hegarty clan are gathering in Dublin for the wake of their wayward brother, Liam, drowned in the sea.

His sister, Veronica, collects the body and keeps the dead man company, guarding the secret she shares with him—something that happened in their grandmother’s house in the winter of 1968.

‘Gathering’ in Persian has been published in 295 pages and 1000 copies.