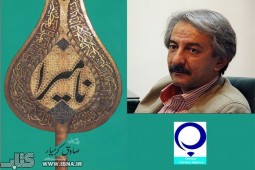 According to IBNA correspondent, ‘Immortal’ which has been written by Sadeq Karamyar will be soon translated into Arabic and is scheduled to be released in Arabic language countries.

Al-Ma'aref Publishing has released many books and has participated in different book fairs in Arabian countries. It is also a member of the Arab Language Union of Publishers.

The move is deemed positively since Arab language readers who have many cultural and regional commonalities with Iran are less informed about Iranian and Persian literature.

The author Sadeq Karamyar was born in 1959 in Tehran. He studied theology and began to work as a journalist. He has other books in his career as well such as ‘Burning Plains’ ‘Pain’ and ‘Hidden Being’.

The 272 pages 'Immortal' has been reprinted 29 times by Neyestan Publishing in Tehran.