Publish Date : Wednesday 31 July 2019 - 14:11
IBNA- The psychological thriller ‘The Glass Cell’ by the noted American author Patricia ‎Highsmith which focuses on the torments of imprisonment has been translated into ‎Persian and published.‎ 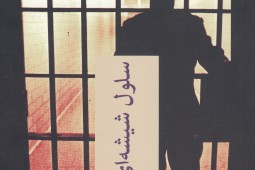 According to IBNA correspondent, the novel which reveals the influence of Dostoevsky and existentialism on Patricia Highsmith has been translated into Persian by Shahpour Azimi and released by Chatrang publishing in Tehran.

In his introduction to the book, Azimi writes: “I saw the name of Patricia Highsmith first in the credits of the film ‘Strangers on a Train’ by Alfred Hitchcock. It has been so fascinating for me to see that some of the greatest authors of detective fiction are women. Later, due to my interest in this literary genre, I began to translate ‘The Glass Cell’.”

Based on a true story, ‘The Glass Cell’ is Highsmith's deeply disturbing fictionalization of everything she learned.
The novel opens with a graphic scene of prison violence in which guards string a prisoner up by his thumbs. This sadistic torture leaves the man with permanent damage; in prison, he manages the pain with doctor-administered morphine injections.

The prisoner is Philip Carter, a sweet-natured and naïve young engineer who has been sentenced to ten years for fraud, though he is actually innocent. After the only close friend he makes in prison is killed in a riot, Carter becomes protractedly depressed, less concerned with conscience, and more easily violent.

He harbors the idea that his wife, Hazel, is having an affair with a lawyer, David, who is supposedly working to obtain a pardon for Carter. After six years, Carter is released. David helps him gain employment but, in due course, the affair is admitted and ongoing.

Carter's character and personality have been so transformed by his incarceration that, when he is driven to confront those who have betrayed him, as well as those responsible for framing him, there are deadly consequences.