Publish Date : Monday 22 July 2019 - 16:16
IBNA- ‘History of Bread in Iran’ by Dutch researcher Willem Floor an account of baking ‎bread in Iran as a main food has been translated into Persian and published. ‎ 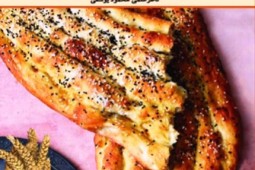 According to IBNA correspondent, ‘History of Bread in Iran’ by Willem Floor, a Dutch scholar living in the U.S. has been translated into Persian by Abdol-Majid Zavari and Ehsan A’laeipour and released by the Research Center of International Relations in Tehran.

An introduction to the book reads: “Given the importance of bread in the Iranian diet, it is surprising that its role in Iranian society has so far been ignored as a subject of study.

Since ancient times, bread has been the staple diet of the peoples living in the Iranian plateau. In History of Bread in Iran, Willem Floor, one of the foremost scholars of Iranian history, describes the beginnings of agriculture and bread-making, and the various grains and other products that were, and are, used to make bread.

He then delves into the making of dough in rural and urban areas, followed by an overview of baking techniques, and the many kinds of bread that were and continue to be made in Iran. And, because Man does not live by bread alone, we are offered an overview of the spiritual and social aspects of bread in Iranian society.

Finally, the author assesses the dietary importance of bread to the people of Iran and ends by addressing the question of how the State dealt with "the bread issue," which often determined the rise and fall of governments.”

Willem M. Floor (born 1942) is a Dutch Iranologist. He is a winner of Farabi International Prize for Humanitarian Studies. Floor received his Ph.D. from the University of Leiden in 1971.

Among his books are: ‘Public Health in Qajar Iran’, ‘Agriculture in Qajar Iran’, ‘The History of Theater in Iran’, ‘The Persian Gulf: A Political and Economic History of 5 Port Cities, 1500-1730’, ‘Persian Gulf: The Rise of the Gulf Arabs, 1747-1792’, ‘The Rise and Fall of Bandar-e Lengeh’, and ‘Bandar Abbas: The Natural Gateway of Southeast Iran’.

The first edition of ‘History of Bread in Iran’ in Persian has been published in 223 pages and 2000 copies.