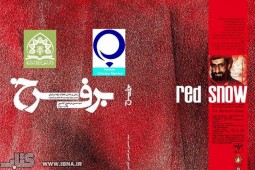 According to IBNA correspondent, ‘Red Snow’ describes the life of martyr Habibollah Eftekharian with the appellation “Abu Ammar” based on the memories of his wife Roghayeh Serajian. The book has been authored by Hossin Mortazavi Kiasari as a novel.

Eftekharian (1955-1984) was an Iranian commander during the Sacred Defense (the war former Iraqi dictator Saddam Hussein imposed on Iran in 1980- 1988 and caused widespread destructions to both countries.). He was born and raised in Mazandaran Province of Iran. As a university student, he was also involved in revolutionary struggle in France and Germany.

The Persian version of the book 'Red Snow' has been reprinted twice in 142 pages.