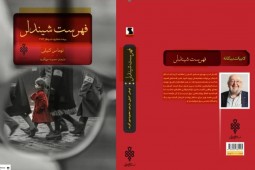 According to IBNA correspondent, the Thomas Keneally’s book has been translated into Persian again by Mahboubeh Mehr-Afarid and released by Jomhouri Publishing in Tehran. The earlier Persian translation of the work was released by Saman Publishing 19 years ago.

'Schindler's List' or ‘Schindler's Ark’ tells the story of Oskar Schindler, a Nazi Party member who turns into an unlikely hero by saving 1,100 Jews from concentration camps all over Poland and Germany.

It is a work of historical fiction which describes actual people and places with fictional events, dialogue and scenes added by the author and reconstructed dialogue where exact details are unknown.

Keneally wrote a number of well received novels before and after ‘Schindler's List’; however, it has since gone on to become his most well-known and celebrated work.

The novel is a Booker Prize-winning historical fiction novel which was also awarded the Los Angeles Times Book Prize for Fiction in 1983.

The new Persian translation of 'Schindler's List' has been published in 496 pages.