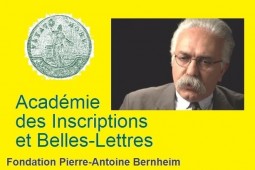 According to IBNA correspondent, the book with the complete title ‘Proof of God: Shi’ite Mysticism through Kulayni’s Work’ (in French: La preuve de Dieu: La mystique shi'ite à travers l'oeuvre de Kulaynî) has been released by Cerf Publishing in France.

The book is centered on one of the noted Shia hadith collectors Abu Ja'far Mohammad ibn Ya'qub ibn Ishaq al-Kulayni and his seminal work ‘Kitab al-Kafi’ (The Sufficient Book).

Mohammad Ali Amir-Moezzi (1956) is an Islamologist at the École Pratique des Hautes Études. He is one of the leading academics within the study of early Twelver Shi’ism.

The Académie des Inscriptions et Belles-Lettres is a French learned society devoted to the humanities, founded in February 1663 as one of the five academies of the Institut de France.