Book on Iranian wars with Romans and Arabs published 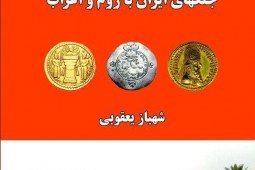 According to IBNA correspondent, the book which has been released by Ordibehest-e Janan publishing in Khorramabad city in Lorestan province of Iran, is a research work on the history of ancient Iran which ended by the decline of Sasanian Empire, which ruled over four centuries, and invasion of Arabs to Iran.

Describing different periods of Sasanian dynasty, the author tries to inform the audience of the historical circumstances of that era.

In a part of the book, he refers to the wars of attrition between Iran and ancient Roman empire which dated back to the age of Parthians dynasty in Iran and deteriorated both empires and finally provided the ground for the decline of Sasanian Empire.

The wars were ended by the Arab Muslim Conquests, which led to the fall of the Sasanian Empire and huge territorial losses for the Byzantine Empire, shortly after the end of the last war between them.

'The History of Sasanians: Iran Wars with Romans and Arabs' has been published in 230 pages and 500 copies.