Publish Date : Saturday 1 June 2019 - 18:07
IBNA- The Persian book ‘Iran and East India Company during Zand Dynasty’ by Heayat ‎Behnam which considers the history of political and commercial ties of Iran with the ‎powerful British company published.‎ 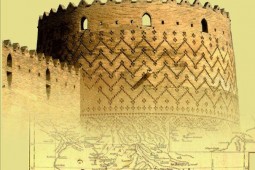 According to IBNA correspondent, the book which has been released by Ordibehesht-e Janan Publishing in the Iranian province of Lorestan, considers the why and what of the Iran’s relation with East India Company.

By raising several questions, Behnam (PhD) tries to explore this relation regarding the tribal system of Zand government and its policies toward the activities of the company in the Persian Gulf.

The English company formed for the exploitation of trade with East and Southeast Asia and India, incorporated by royal charter on December 31, 1600. Starting as a monopolistic trading body, the company became involved in politics and acted as an agent of British imperialism in India from the early 18th century to the mid-19th century.

In addition, the activities of the company in China in the 19th century served as a catalyst for the expansion of British influence there. It then extended its activities to the Persian Gulf, Southeast Asia, and East Asia.

‘Iran and East India Company during the Zand Dynasty’ has been published in 171 pages and 500 copies.