Publish Date : Saturday 25 May 2019 - 16:38
IBNA- The Jewish community of New Jersey state protested against the arrival of ‎children book ‘P Is for Palestine’ by Iranian author living in the U.S. Golbarg Bashi to their ‎state library.‎ 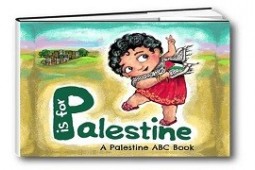 According to IBNA correspondent, the subject of the book has enraged the Jewish community of the region since they think it is hostile to the Jews and promotes the struggle of Palestinians against Israel.

The community has called for the removal of the book from the shelves of the State Library, however, the Local Library Administration has declared that the act of removal must be decided by the library's board of trustees.

An Israeli rabbi said ABC in New York that the book provokes grudge and hatred against Jews and extols the greatness of Palestinians teaching them that killing Jews is a must.

The independent bookstore book culture in New York had to apologize for selling the book however ‘P Is for Palestine’ was welcomed in the U.S. and all 2000 copies of the first edition of this book was sold out within a month.

Golbarg Bashi is an Iranian-Swedish feminist professor of Iranian studies at Rutgers University in the U.S. Among other topics, Bashi has published works and given talks about human rights in the Middle East and the situation of women in Iran.