Publish Date : Saturday 11 May 2019 - 18:26
IBNA- ‘The Flowers which Grow in Inferno’, a novel by the late Iran journalist and ‎writer Mohammad Mas’oud (1901-1948) has been translated and released by Hartmann ‎Publishing in France. ‎ 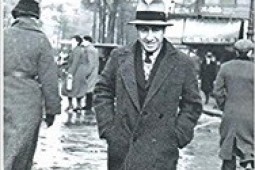 According to IBNA correspondent, ‘The Flowers which Grow in Inferno’ (Les Fleurs Qui Poussent En Enfer) has been translated by an Iranian Professor of Persian language in France Christophe Balay into French.

Mohammad Mas’oud with the pen name ‘Rustic’ was an Iranian author who studied journalism in Belgium. He was an outspoken journalist blasting the then Iranian government in his newspaper ‘Man of the Time’ which was finally led to his assassination and death in February 1948.

He was a radical journalist and even put a bounty on Ahmad Qavam, the Prime Minister of Reza Shah, the first king of Pahlavi monarchy.

Mas’oud’s first novel was ‘Nighttime Amusements’ was published in 1932. ‘The Flowers which Grow in Inferno’ is centered on the social problems of Iran in the early 1940s.