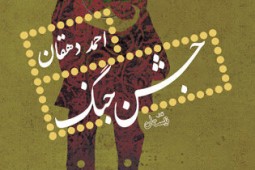 According to IBNA correspondent, the book has been released by Nayestan Publishing in Tehran in 112 pages. Dehqan will bestow the proceeds from the book for restoring the libraries which badly damaged in Pol-e Dokhtar city in Lorestan Province, west of Iran.

In ‘War Celebration’, Dehqan once again focuses on his long standing preoccupation the Iranian Sacred Defense (the war former Iraqi dictator Saddam Hussein imposed on Iran in 1980-1988) and the humane condition amid the war. He himself was one of the Iranian combatants during the battle and defended the country.

Among the notable works of Dehqan is ‘Journey to Heading 270 Degrees’, which was first published in 1996 and was later translated into English, Russian and Italian.

‘The Stars of Shalamcheh’, ‘The Mission Complete’, ‘Vital Killing’, ‘Prowling the Enemy Soil’ are among his other works.