‎‘Running Through Beijing’ in Persian unveiled at TIBF

Publish Date : Friday 26 April 2019 - 17:57
IBNA- A novel by noted Chinese writer Xu Zechen ‘Running Through Beijing’ which has ‎been translated into Persian was unveiled at the 32nd Tehran International Book Fair on ‎Thursday.‎ 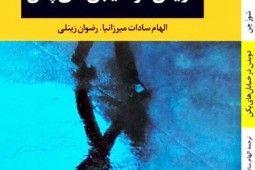 According to IBNA correspondent, the novel which has been translated by Elham Sadat Mirzania and Rezvan Zain-Ali and released by Negah Publishing in Tehran deals with the harsh realities lived by the millions of city-dwellers struggling to get by in the grey economy.

The ceremony was attended by the translators, the Deputy Director of Wuzhou Communication Publishing House Jing Xiaomin which is the original Chinese publisher of the book, and Director of Negah Publishing Ali Reza Ra’isdanai.

‘Running Through Beijing’ is centered on Dunhuahg, Recently out of prison for selling fake IDs, has just enough money for a couple of meals. He also has no place to stay and no prospects for earning more Yuan. When he happens to meet a pretty woman selling pirated DVDs, he falls into both an unexpected romance and a new business venture. But when her on-and-off boyfriend steps back into the picture, Dunhuahg is forced to make some tough decisions.

Xu Zechen currently works as an editor at People’s Literature Magazine. In 2009, he was a writer in residence at Creighton University and in 2010 he attended the International Writing Program at the University of Iowa. His novels include, ‘Midnight's Door’, ‘Night Train’, and ‘Heaven on Earth’.