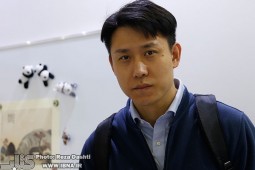 Li Lou Lou ‎
According to IBNA correspondent, Lou referred to the memorandums of understanding China will sign with the Iranian publishers and said the Iranians understand views of Chinese publishers. Chinese culture and books can be widely received in Iran.

He asserted that Chinese publishers aim to develop their cooperation with their Iranian counterparts: “Iran is one of those countries which can successfully invite people to book reading.”

As the guest of honor in this event, China has brought a delegation of 200 members among them 100 authors, illustrators and publishers representing the active print industry of that country.