‎‘Decoded’ by Chinese writer Mai Jia to be unveiled

Publish Date : Tuesday 23 April 2019 - 17:02
IBNA- The Persian translation of the novel ‘Decoded’ by Mai Jia as well as the Chinese ‎translation of the celebrated Iranian novel ‘Symphony of the Dead’ by Abbas Ma’roufi ‎will be unveiled in Tehran University.‎ 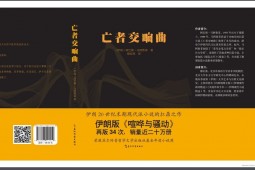 According to IBNA correspondent, the ceremony will be held on Wednesday with Mai Jia and the representatives of China Inter-Continental Press which has published both books in attendance.

‘Decoded’ tells the story of a brilliant Chinese mathematician recruited to work as a cryptographer for his country. It is set primarily in the period surrounding World War II and the Communist revolution.

It is Mai Jia's first novel, as well as his first book translated into English.
The book was adapted into a 2016 TV series of the same name. It is one of "the 20 best spy novels of all time" by The Daily Telegraph in 2017.