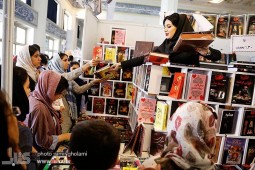 According to IBNA correspondent, Director of the public relations department of the 32nd Tehran International Book Fair Mohammad Tabatabaei said: “The ceremony is a scheduled 4 Tuesday 8 a.m. in the hall of pen at Iran's National Library. Hojjat ul-Eslam Hassan Rouhani will be present at the opening ceremony.

“The ceremony will also host a delegation from China as the guest of honor of the 32nd Tehran Book Fair as well as Iranian literati and publishers,” he added.

Tehran International Book Fair is the top Iranian book event held annually. The 32nd edition of this event kicks off on April 24 and will run by May 4 in the Mosalla of Imam Khomeini in Tehran.