Publish Date : Monday 15 April 2019 - 17:19
IBNA- On the first day of the upcoming Tehran international book fair, agreements on ‎purchasing the copy rights of five Chinese books will be signed. ‎ 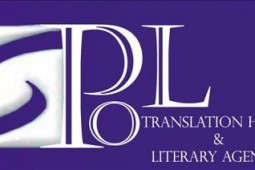 According to IBNA correspondent, The deal is the result of cooperation between Pol Literary Agency from Iran and a number of Chinese publishers aimed to translate and publish Chinese books in Iran.

The ceremony for signing the agreements will be held at April 24 on the first day of the 32nd Tehran International Book Fair. The ceremony will be attended by cultural officials, literary figures and publishers from China, Executive Director of Pol Literary Agency Ja’fari Aghdam as well as some Iranian publishers.

The titles of these Chinese books are: 1. ‘The Bakhtin Play’,
2. ‘The Bright Look', 3. ‘Crisis Management in China’, 3. ‘Rules of Agreements in China’, 4. ‘The Role of China in World Leadership’

The books will be translated into Persian after the agreements are signed and will be released by Iranian publishers which are appointed to cooperate in this project.