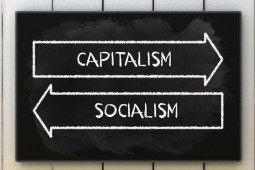 According to IBNA correspondent, ‘Socialism: A Very Short Introduction’ has been translated by Hamid-Reza Mossayebi and released by Agah Publishing in Tehran.

In this 'Very Short Introduction', Michael Newman seeks to place the idea of socialism in a modern context for today's readers. He explains socialist ideas in the framework of its historical evolution, from the French Revolution to the present day, and examines practical attempts to implement socialism.

Not just another history of socialist ideas, this book aims for a different approach that looks at practice as well as theory--centering on the contrast between Communism and Social Democracy. The relationship between socialism and notions of democracy, freedom, and equality is also discussed.

Newman brings the subject entirely up to date by tackling contemporary forms of socialism. While the book's focus is on Europe and the Soviet Union, it is set in a broader geographical context. Newman's fresh approach to the subject enables the reader to re-evaluate socialism.

From Cuban communism and Swedish social democracy to the New Left, Michael Newman explains socialism-the social, economic, and philosophical juggernaut of the past century. He examines standard socialist conventions and evolution from 19th-century industrial towns, while also defining modern socialism. He includes recent conceptualizations such as the feminist and Green movements, and uses this plethora of information to forecast socialism's trajectory into the future.

‘Socialism: A Very Short Introduction’ in Persian has been published in 184 pages.