Richard Frye, an Iranologist who regarded himself Iranian

Publish Date : Wednesday 27 March 2019 - 17:07
IBNA- Living for several years in Iran, noted American Iranologist Richard Frye was so ‎fond of our culture, language, people and land who regarded himself an Iranian. ‎ 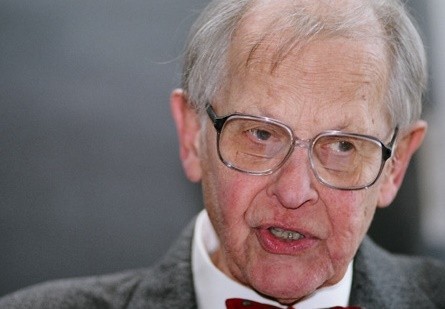 A note sent by the Persian translator of his work ‘Diaries of Richard Frye’ Bahman Zebardast to IBNA on the occasion of his fifth demise anniversary, points out that the fascination of Professor Richard Nelson Frye (1920-2014) with Iran was even to the extent that he willed to be laid to rest in Isfahan, Iran [like Two other American scholars of Iranian Studies, Arthur Pope and Phyllis Ackerman, whom are already buried there.]

Born in 1920, Frye was an American scholar of Iranian and Central Asian ‎Studies, and Aga Khan Professor Emeritus of Iranian Studies at Harvard ‎University. His professional areas of interest were Iranian philology and the history of Iran and Central Asia before 1000 CE.

Professor Frye helped found the Center for Middle Eastern Studies at Harvard, the first Iranian studies program in America. He also served as Director of the Asia Institute in Shiraz (1970–1975), was on the Board of Trustees of the Pahlavi University at Shiraz (1974–78), and Chairman, Committee on Inner Asian Studies, at Harvard (1983–89), and as Editor of the Bulletin of the Asia Institute (1970–1975 and 1987–99).

The scholar was also directly responsible for inviting Iranian scholars as distinguished visiting fellows to Harvard University, under a fellowship program.

Frye felt that Persian civilization was under-appreciated by other Muslims and Arab Muslims in particular. He wrote:
“Arabs no longer understand the role of Iran and the Persian language in the formation of Islamic culture. Perhaps they wish to forget the past, but in so doing they remove the bases of their own spiritual, moral and cultural being...without the heritage of the past and a healthy respect for it...there is little chance for stability and proper growth.”

In 2010, a house in Isfahan was gifted by Iranian government to Professor Frye in recognition of his services to Iranian studies.