Publish Date : Saturday 16 February 2019 - 12:36
IBNA- Pouran Shariat Razavi, the wife of well-known Iranian sociologist and ‎revolutionary Ali Shariati who compiled books on the life and ideas of her husband died ‎in Tehran. She was 84.‎ 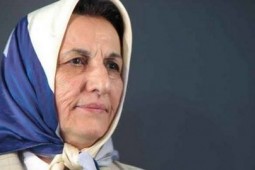 The late Pouran Shariat Razavi
According to IBNA correspondent, Shariat Razavi who had a stroke on Monday died yesterday evening. Her son, philosophy researcher Ehsan Shariati announced the news in his weblog.

She was also the sister of Mahdi Shariat Razavi, one of the three students who were martyred on the eventful day of December 7, 1953, by forces of the former Iranian monarchy regime of Mohammad-Reza Pahlavi. She will be laid to rest next to his brother in Emamzadeh Abdollah of Shahr-e Ray.