Publish Date : Sunday 13 January 2019 - 18:25
IBNA- A book from the series of ‘The Hardy Boys’ by Franklin Dixon, titled ‘Death Hour’ ‎which are categorized as detective books for Young adults has been published in Persian.‎ 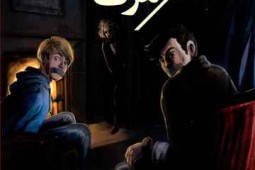 According to IBNA correspondent, the book has been translated by Parvin Alipour and released by Mehrab-e Ghalam publishing in Tehran is from the series of ‘The Hardy Boys’ by Franklin W. Dixon which is the pen name used by a variety of different authors (Charles Leslie McFarlane, a Canadian author, being the first) who wrote these novels for the Stratemeyer Syndicate.

The Hardy Boys, Frank and Joe Hardy, are fictional characters who appear in several mystery series for children and teens. They have evolved since their debut in 1927. The books were also written in a simpler style to compete with television.

A new Hardy Boys series, ‘The Hardy Boys Casefiles’, was created in 1987, and featured murders, violence, and international espionage.
Through all these changes, the characters have remained popular; the books sell more than a million copies annually several new volumes are published each year, and the adventures have been translated into more than 25 languages.

Rendered into Persian by the veteran translator of books for children and young adults Parvin Alipour, ‘Death Hour’ has been released in 1100 copies.