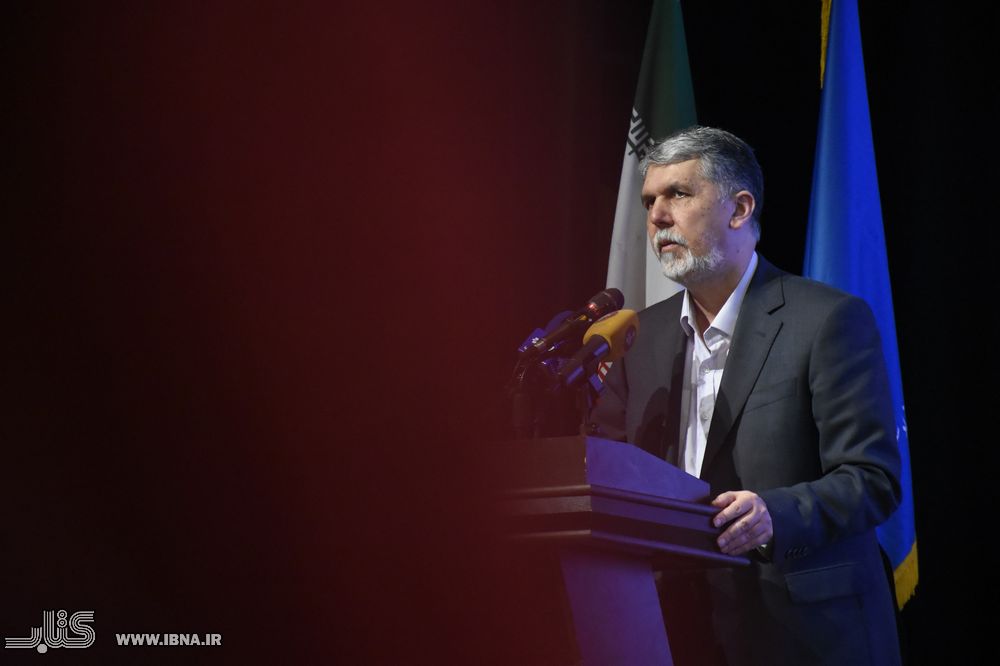 Culture Minister Seyyed Abbas Salehi ‎
According to IBNA correspondent, The ceremony was also attended by deputies of Minister of Culture and Islamic Guidance as well as members of families of Iranians who were martyred during the Sacred Defense, an 8-year war the former Iraqi dictator Saddam Hussein imposed on Iran.

At the beginning, Salehi expressed condolences over the recent terrorist attack during a military march in the city of Ahvaz to the families of victims.

He then suggested that for the Iranian nation, the Sacred Defense resembles Laylat al-Qadr [the grand nights of Ramadan when the entire Holy Quran was revealed to Prophet Mohammad (PBUH)].

“Contrary to the other Wars in which Iran was involved during the last 200 years and was almost defeated, after the Sacred Defense our country walked tall”, he said.

“Iran did not lose even an inch of its ground and was never surrendered. Numerous articles can be written on the Iranian National trust during that years,” the culture minister stated.

Elsewhere in his remarks, Salehi referred to Iran’s geographical features and the variety of religions and ethnicities in the country.

“During several centuries, religion and Persian language have preserved the national unity of Iranian people. This unity was intensified during the Sacred Defense with the role played by martyrs and defenders of the country,” he said.

Following the event, a number of artists which have been active in the field of Sacred Defense were honored. Among them were: vocalist Jamshid Jam, film director Ensieh Shah-Hosseini, theater director Nasrollah Qaderi, writer Rahim Makhdumi, actor Siavash Tahmoures and calligrapher Davoud Niknam.