Publish Date : Monday 14 May 2018 - 18:44
IBNA- Within the framework of the Iranian Grant Plan, copyrights of 31 Persian books were purchased by Nirvana Publishing from Tunisia. 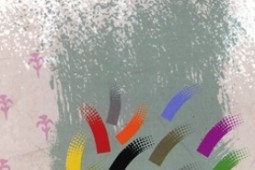 According to IBNA correspondent, deputy director of the Grant Plan, Ayoub Dehqankar spoke on the new accomplishments in this field: “Following the process of translation and publication of Iranian books which is aimed to strengthen cultural diplomacy, we have been in contact and discussion with foreign publishers from several months ago.”

“On the tenth day of the 31st Tehran International Book Fair, we finalized the agreements for 31 Iranian books to be translated into Arabic and Persian and released in North Africa and Europe,” he said.

Referring to the agreements, Dehqankar added: “One of them was signed earlier with the Shahrestan-e Adab Publishing and 30 others are being signed by the other Iranian publisher, Shabaviz.

“Among the works in the second agreement, 6 books are novels for children and young adults and 24 others are books for children. The other party is Nirvana Publishing House in Tunisia which will undertake the entire process of translation and publication,” he said.

“We try to translate the books which have won Iranian literary awards and introduce them to the international markets,” deputy director of the Grant Plan asserted.

The 31st Tehran International Book Fair took place from May 2 to May 12 in the Mosalla of Imam Khomeini in Tehran.