Publish Date : Friday 25 November 2016 - 23:58
IBNA- A Senior Iranian theologian the Grand Ayatollah Seyyed Abd ul-Karim Mousavi Ardebili who was the author of several significant books on Shia jurisprudence passed away in Laleh Hospital in Tehran. He was 91. 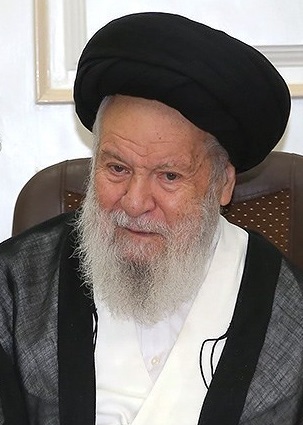 According to IBNA correspondent, this great Shia Marja’ was hospitalized a few days ago but there sank into a coma and died of lung and heart failure.
Ayatollah Ardebili was born on 28 January 1926 in Ardabil, a city in northwestern part of Iran and studied higher religious education in Qom Seminary under the Grand Ayatollahs Kazem Ha’eri and Mohammad Reza Golpayegani. He was one of the closest allies of Ayatollah Rouhollah Khomeini, the founder of the Islamic Revolution and sided with him in the struggle against the regime of Mohammad Reza Shah, the second Pahlavi King in Iran.
After the Islamic Revolution Ayatollah Ardebili was appointed to several high official posts by Imam Khomeini, however after the demise of the then Leader of the Islamic Revolution, he withdraw from politics and founded Mofid University in 1989 where he led and taught the students until his death.
The senior Shia Marja’ has left several books particularly on Shia jurisprudence such as: ‘Istiftaat’ (Questions and answers on religion and legal laws) in Persian; Manasikil Hajj in Arabic; Risalat ul-Amaliyya in Persian; Nahju-Rishad (Risalatul-Amaliyya) in Arabic and Manasikil Hajj wal-Umra in Persian.
Many top officials of the Islamic republic of Iran including the Supreme Leader of the Islamic Revolution Ayatollah Ali Khamenei, President Hassan Rouhani, Majlis Speaker Ali Larijani, Chairman of the Expediency Council Ayatollah Akbar Hashemi Rafsanjani and Foreign Minister Mohammad Javad Zarif expressed condolences over the demise of Ayatollah Mousavi Ardebili.