Publish Date : Wednesday 26 October 2016 - 09:34
IBNA- The Iranian novel ‘I’m Alive’, a narrative about the Iranian prisoners of war during the Sacred Defense times was translated into Russian and released in Moscow. 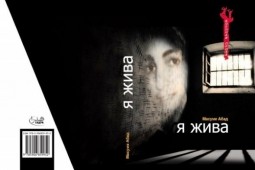 According to IBNA correspondent, ‘I’m Alive’ is written by Ma’soumh Abad who herself was a prisoner of war (POW) during the 8- year battle former Iraqi dictator Saddam Hussein imposed on Iran and is known in our country as the Sacred Defense.
She is the main narrator of the novel who describes her experiences of a 40- month captivity in the camps of the former Bathi regime of Iraq. Abad was 17 when she was captured by the Iraqi forces.
In eight chapters, the book was published through the supports given by the Islamic studies foundation in Russia and Iran's Cultural Attaché in Moscow and was printed by the Iranian Sadra publications.
The Russian translator of ‘I’m Alive’ is Madina Sokhiva and Fa’ezeh Karimian edited the book which is the first from the series of “Prose of War” written about the Sacred Defense.