Publish Date : Tuesday 30 August 2016 - 23:58
IBNA- In a special talk show, Culture Minister Ali Jannati said that while this ministry is legally responsible for book auditing, but experimental piloting of the case has been assigned to some qualified publishers. 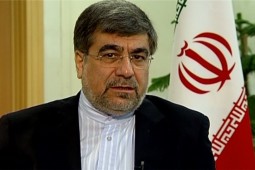 According to IBNA correspondent in a special talk show on Channel 2 on Sunday night, the Minister of Culture and Islamic Guidance explained the most important measures of this Ministry in the field of culture and said: “While this Ministry is legally responsible for auditing books, the task has been assigned as pilot to some qualified publishers too.”
During this special interview about the plan of audit assignment to publishers, Jannati said: “No need to say that the Ministry of Culture and Islamic Guidance is legally responsible for auditing books, but since I’ve come to work in this Ministry, there have been concerns that publication security be given to publishers. However, the auditing after publication will be done by the Ministry itself.”
“Then we realized that publishers were not willing to accept it. So, the Ministry of Culture and Islamic Guidance has done this so far (in the past three years). For this purpose, a Board has been formed to monitor the content of books on various fields and control them,” he continued.