‘How the West Became the West’ according to Zibakalam

Publish Date : Thursday 4 August 2016 - 08:21
IBNA- The book ‘How the West Became the West’ by the Iranian scholar and author Sadegh Zibakalam argues that the West today is the result of developments such as Renaissance, Religious Reformation, Rationalism, Humanism and the Enlightenment and so forth. 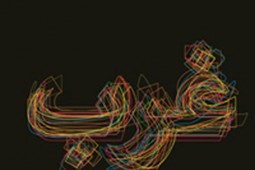 According to IBNA correspondent, the book ‘How the West Became the West’ by Sadegh Zibakalam, a professor of political science at Tehran University, wants to say that development of the West into the of scientific and political power center of the world is the byproduct of several hundred years of progress and advancement in Europe from the Middle Ages onwards.
This book is set in nine chapters as follows; ‘We and the West: the telling of a historical misunderstanding’, ‘The West before the Renaissance’, ‘Renaissance 1300 – 1650’, ‘Religious Reformation 1517 – 1600’, Commercial Revolution, the Age of Sea Journeys and the Birth of Bourgeoisie 1400 – 1600’, ‘The Age of Enlightenment 1650 - 1800’, ‘Social impacts of Enlightenment’ and ‘Enlightenment and the Scientific Revolution’.
In the introduction, Zibakalam writes: “This book is a modest attempt against the ideological trainings and brain washings in all sections of our society, including our education centers, with respect to the West.”
‘How the West Became the West’ wants to tell the audience that despite the propaganda occurring daily in Iran against the West, what makes the West what it is today was not Colonization, Exploitation, Plunder, Violation, Extortion, etc., but it is the byproduct of Renaissance, Religious Reformation, Mercantilism, discovery of America, Rationalism, Scientific and Industrial Revolutions and the existence of thinkers such as Descartes from Martin Luther, Galileo, Kepler, John Locke, Newton to authors of Encyclopedia of Arts and Sciences and so on. In other words, the West is the byproduct of several years of progress and advancement in Europe from the Middle Ages onwards.”